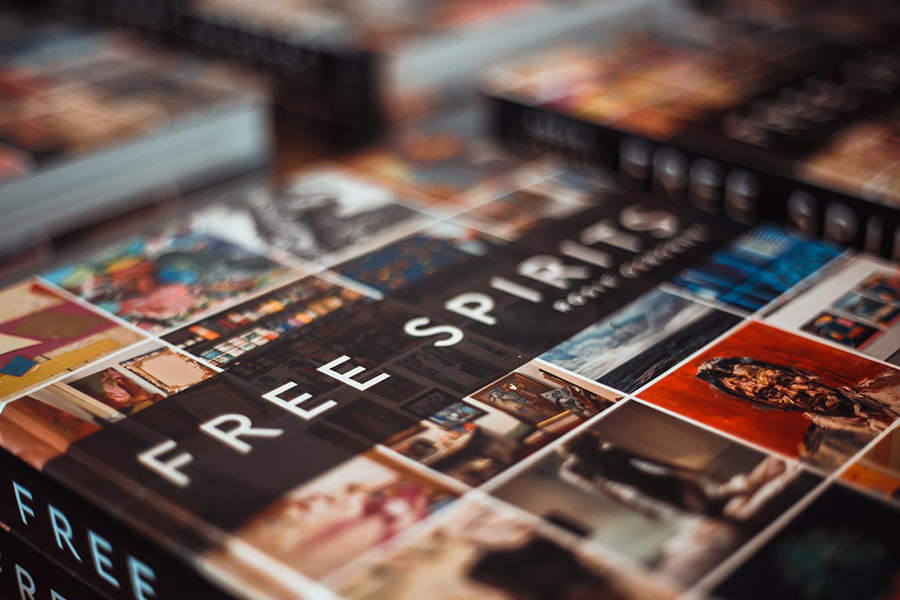 Inspired by her time spent in St Ives, Cornwall as a child, Rosie Osborne first began writing 16 years ago, aged just 13. Over the years, she has sought out and interviewed artists from all over the world which resulted in her recently launched book called “Free Spirits”. The book features a personal reflection on the three places most central to Rosie’s life – Cornwall, Paris and London with funny, tragic and inspiring stories of artists such as Sylvette David, who reflects on her time as Picasso’s muse.

Rosie grew up in West London and frequently spent time in St Ives through her childhood and teenage years, where she was inspired by the galleries and her encounters with local artists. She held her first solo photography exhibition in London at the age of 17, and following her degree in English literature and French, she spent five years living, writing and working in Paris.

After her return to London, she began to collect together her wealth of recorded interviews and imagery to showcase the artists who had inspired her on her journey so far. During this time, she also co-curated a group art exhibition, The World’s Mine Oyster, and co-founded Startup Sisters – working in partnership with charities inspiring young female entrepreneurs – with her sister Sophie.

Here she shares more about the story of Free Spirits. 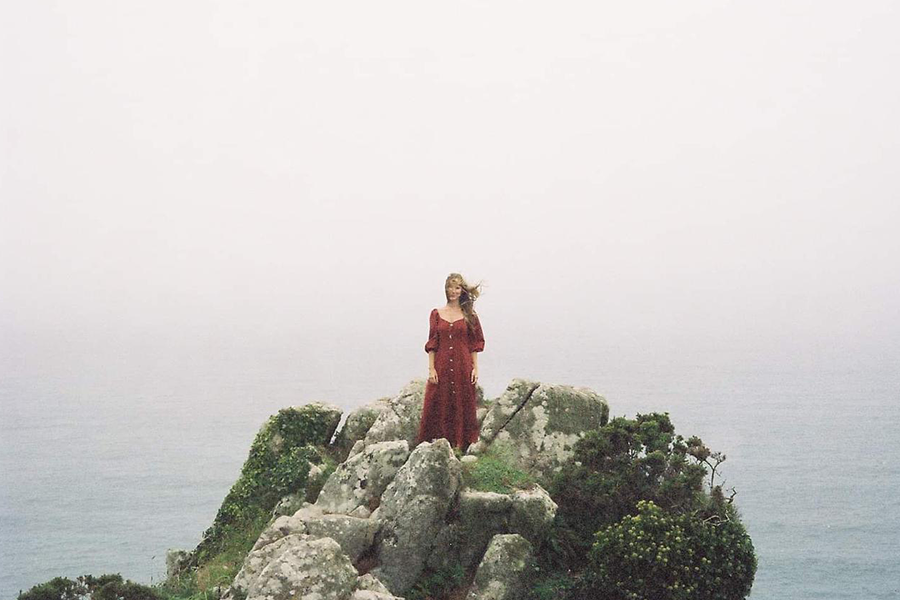 How did this book come about? What’s the story behind it?

The initial concept of the book, Free Spirits, came to me when I was a young teenager. I grew up spending time with lots of painters and writers, as my father was an artist, who painted in his spare time when he wasn’t working his other jobs. When my Dad would go to visit other artists, to swap paintings with them, I would always ask him if I could go along with him. I was only 12 or 13 at the time, but I felt so intrigued to visit other spaces that may be similar to my own home – places that felt like an extension of an artist’s studio space. Some of the artists that I visited during my teenage years had become very successful in the art world, but they lived very frugally, very simply, making the creation of art their number one priority. Instead of enjoying daily luxuries – having a mortgage, a nice car, expensive clothes – they had made the ‘life choice’ to dedicate their whole existence to be free to create. The poignant, powerful, hilarious stories that the artists told me about that choice, about their day to day lives, their most trying hustles and their proudest moments made me feel compelled to record and share them. When I was 13, I asked an artist called Denis Bowen if I could ask him some questions, and write his answers down. He kindly agreed, and that became my first interview. The next 17 years were filled with interviews with artists all over the world, in their studio spaces. The anecdotes and pieces of wisdom that I heard during all of those years interviewing went on to affect and inspire my own life so much, that I felt the need to preserve those precious stories.

Who are the artists you interviewed?

The book is split into three chapters – Cornwall, where I spent lots of time during my childhood, Paris, where I went to live in my twenties, and London, where I grew up. The interviews in Free Spirits are with artists that came into my life during my time spent in these three places. I met some of the artists completely by chance – some, I contacted via Instagram to ask if I could visit and interview them. Social media has helped me hugely – before, you had to contact personal assistants to artists, or galleries, and often you just got standard ‘no’ responses, without the artist ever knowing that you ever asked for an interview. (Trust me, I got hundreds of ‘no’s!) These days, Instagram means that anyone, anywhere, can contact a well-known artist via personal message. It makes things a lot fairer and more democratic, and opens up so many possibilities for young writers. 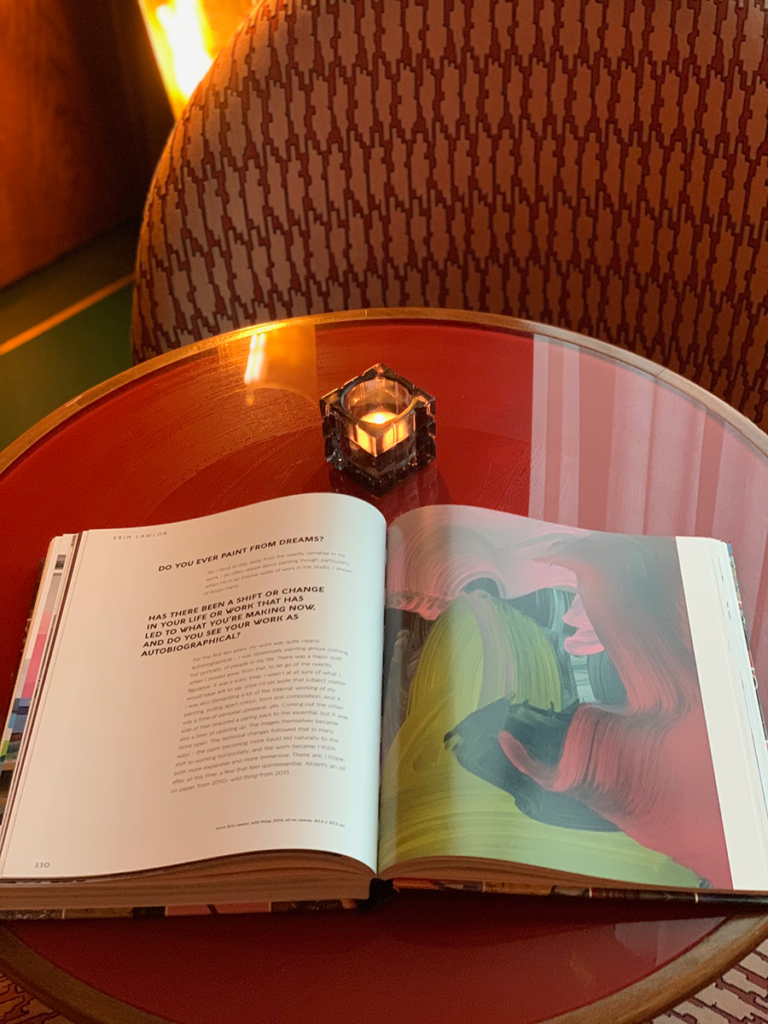 Are there any characteristics which they all share and have in common?

The artists are so different! Each interview very much sticks out on its own in my mind, as they truly are so varied. The youngest artist, Théo Haggai, is in his 20s, and the oldest artist, Sylvette David, is in her 80s. The characteristic that the artists do all have in common though – they have all chosen to dedicate their energy and lives to creating, to pursuing and preserving their inner freedom.

What are some of the biggest lessons you learned from them?

Spending time with the artists from such a young age meant that the stories that they told me became very ingrained in me as I was growing up. I know that I definitely wouldn’t be the person I am today without hearing all of their precious wisdom, and I feel incredibly grateful to have been able to sit and listen. I would say that the biggest lesson overall would be to cherish and nurture the little spark of madness that you had in you when you were a child – that innate sense of freedom that we’re born with, that can often get clouded or watered down by fear of people’s judgements, or by the false promises that society can sometimes offer us.

What is your message you want to put across with this book?

Collecting stories for Free Spirits for the last 17 years has taught me a precious lesson that I apply to my own life every single day – the biggest luxury on this earth is time – having the time to do exactly what you really yearn to do. It’s practically the one thing on earth that you can’t buy more of. It’s never, ever too late to start again – never too late to start using your time how you’ve always dreamed of using it.

Rosie’s book is limited edition, with 500 copies being printed and personally signed, and is available for purchase at rosieosborne.com