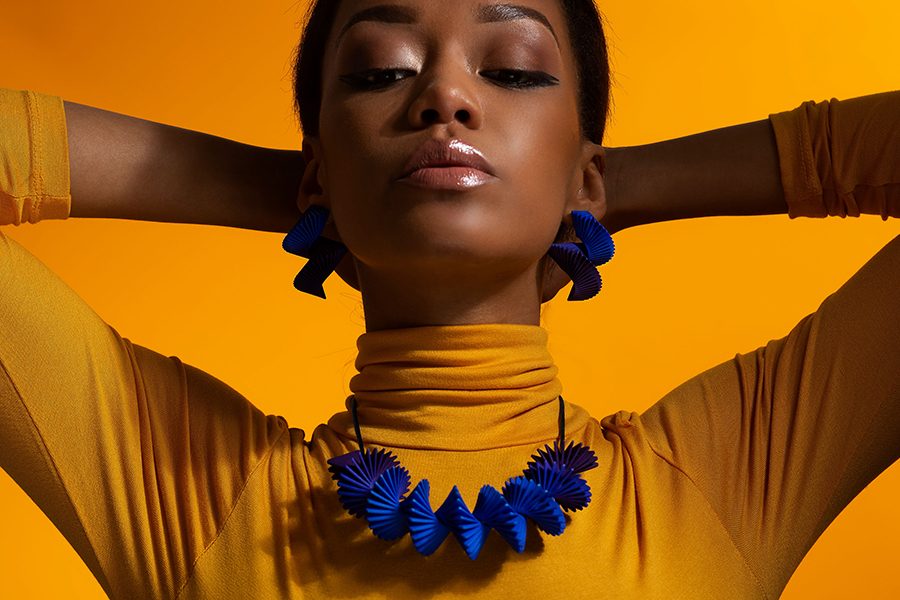 In 1981, Christine Bola was a Theatre Manager at the Royal Exchange Theatre in Manchester and Tony Gordon was running the Portland Gallery, the first contemporary commercial art gallery, which introduced such artists as Josef Albers, Sidney Nolan, John Piper, Salvadore Dali, David Hockney, Tim Mara and Maurice Cockrill to Manchester.

Alternative materials, now widely shown (such as plastics, wood, paper and anodised aluminium), were in little evidence. Perhaps the only “new” material around was the ubiquitous titanium. Even base metals, such as brass and copper – now used widely – were rarely seen as a material for jewellery making. 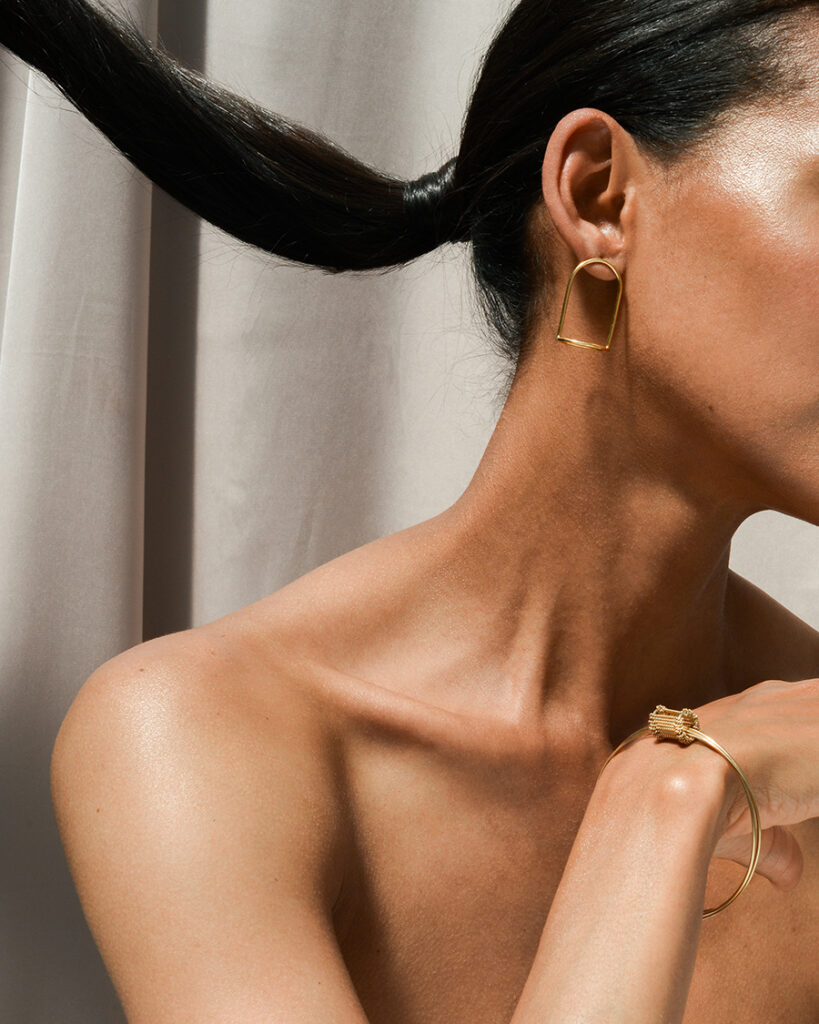 Exhibitions in Manchester City Centre were a rarity and restricted to art galleries. Yet, the idea of using the Royal Exchange Theatre foyer for a ground breaking exhibition of the best of British contemporary jewellery was encouraged by the then Director of Manchester City Art Galleries, Timothy Clifford and by Graham Hughes, who donated all the display cases.
These would shortly be filled by the top jewellery designers of the time, plus the pick of recent jewellery college graduates, in a massive, unprecedented showcase of 180 exhibitors, which was opened by actress Eleanor Bron and was an immediate and spectacular success. 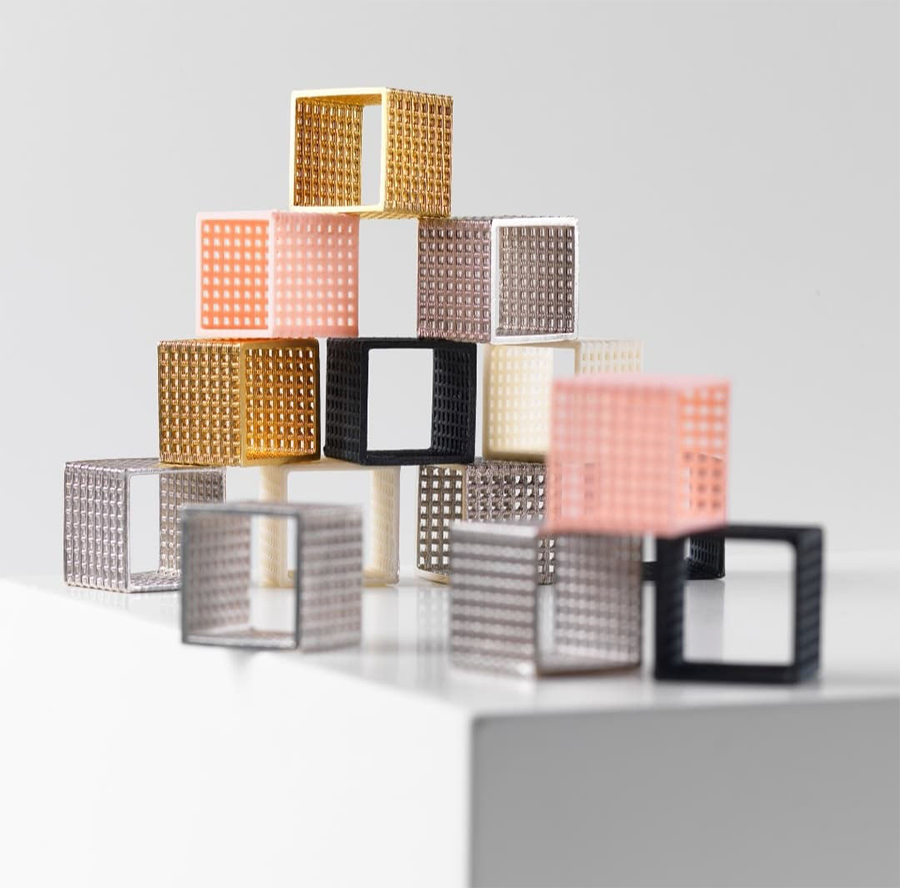 Ever the trailblazers, Dazzle’s first exhibition in Newcastle and in Manchester used live tarantulas and snakes to guard the exhibition, which attracted a full page in the Sunday Times and extensive BBC news coverage.
Since then, Dazzle has regularly courted controversy for its daring exhibits, from major jeweller SIMON COSTIN, who showed a range of glass jewellery filled with the semen of his then boyfriend, to the complaints which raged around the expletives incorporated in TIMOTHY INFORMATION LIMITED’s politico-punk badges. And occasionally for its daring exhibitors: CATHERINE HILLS, for example, who posed naked for a poster campaign on the Glasgow underground. Dazzle has even broken culinary ground, from edible jewellery by FIONA FORDER to setting up an entire Anton Mossiman restaurant at the Chelsea Town Hall.

Aided by its geography – and late opening hours – the Royal National Theatre exhibition, in particular, has become a stomping ground for numerous loyal celebrity buyers – from Judi Dench to Susan Sarandon to JK Rowling to Whoopi Goldberg. And for politicians taking that easy trot across the river for a sure-fire, original Christmas present for the wife … or mistress. 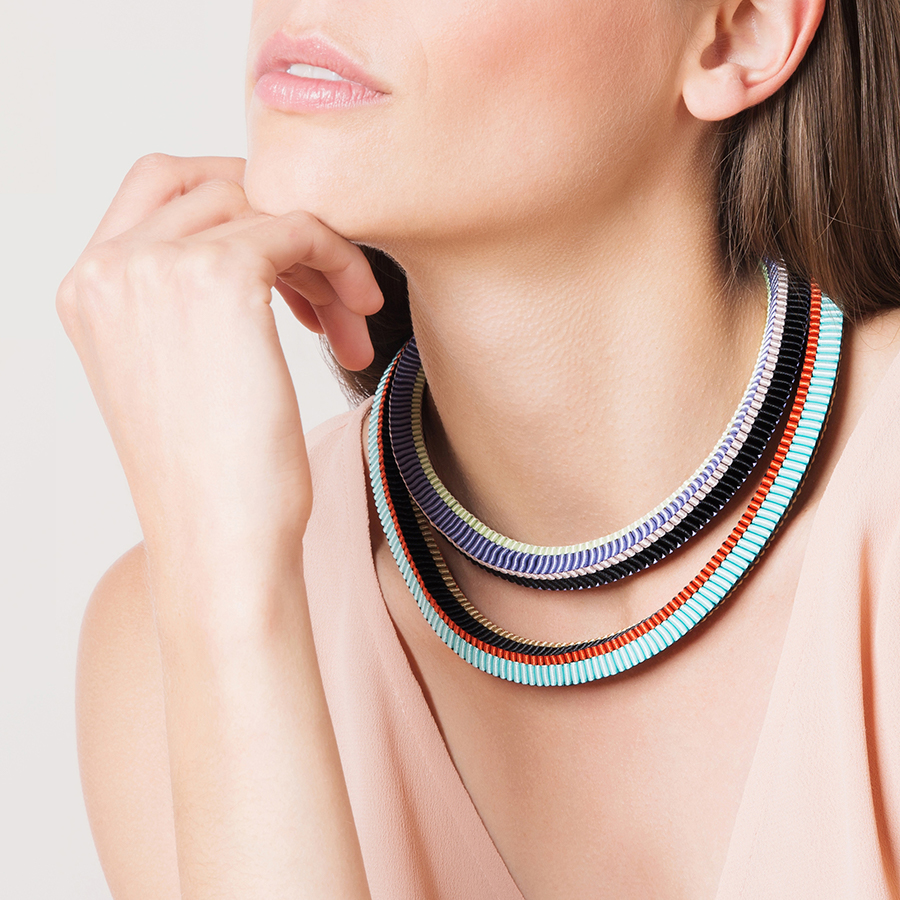 While, SOPHIE HARLEY (designer of the pivotal jewellery in Bond films: Quantum of Solace and Casino Royale), was given an early break by Dazzle and is now designing for the likes of Naomi Campbell, Kate Beckinsale, Saffron Aldridge, Jerry Hall, Jodie Kidd and Joss Stone – and still, notably, exhibiting and selling through both Dazzle and lovedazzle.com.

Equally, GRACE GIRVAN, now a major name in jewellery, was a Dazzle protégé, much promoted by the exhibitions in the early days; while MARK NUELL first showed in the UK in Dazzle after arriving “off the boat” from Australia. He arrived at 8pm in the evening, twenty years ago, and walked into the London RNT exhibition, folders in hand…..

He is now a key player in the field of contemporary jewellery. Nuff said.

So, lovedazzle.com was born: selling directly to an international public (which currently ranges from Hong Kong to Iceland), without the geographical or time constraints of the physical exhibitions; and featuring work by jewellers who have one thing in common – they have exhibited in a Dazzle. 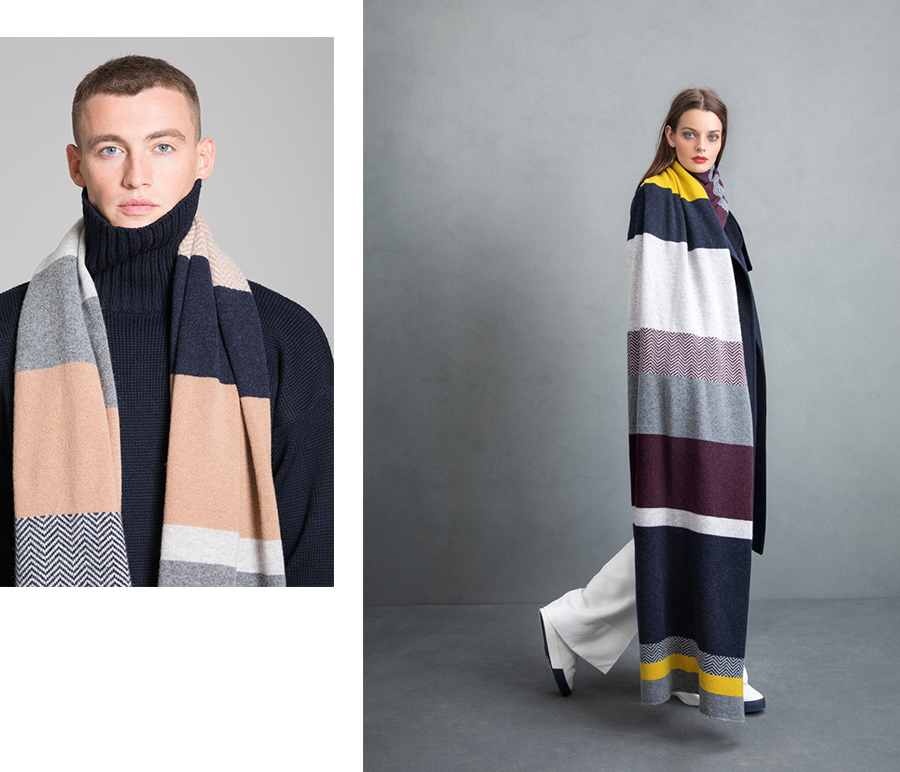